New cars are expensive, but if you're looking for a reliable, up-to-date car, check out these 8 new cars under $20,000.

Buying a used car is a big decision, but buying a new car might be an even bigger one. New cars cost more money upfront, but might end up being cheaper when factoring in repairs as the car ages.

That being said, most of us still don’t have a lot of money to spend upfront (check out our Car Affordability Calculator to get a better sense for how much you can spend). So let’s take a reasonable price bracket—$20,000 or less—and look at the cheapest new cars in that range that will get you the most value, without breaking the bank. 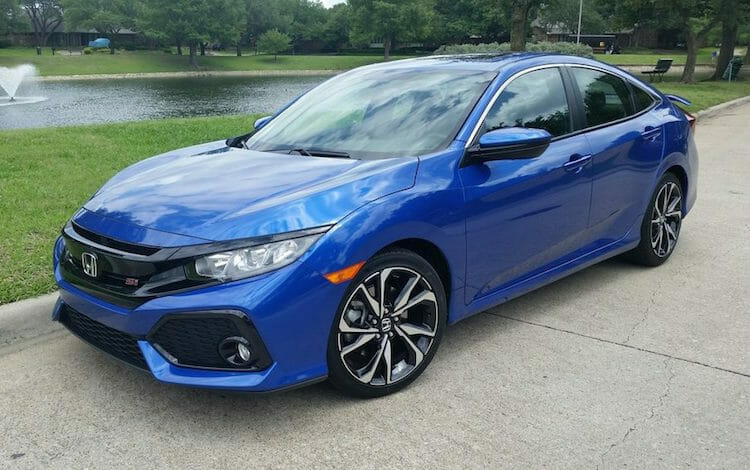 It’s no secret that Honda has hit it big recently. In the last few years, their cars have been on the top of every list imaginable. And there’s a reason for that—they’re reliable, cheaper than most of their counterparts, and most models look pretty cool. If you’re looking for the most tech-filled car under $20k, the Mazda3 is for you. Rated the “tech-savviest car you can get for under $20,000” by Kelley Blue Book, techies are sure to love everything about this new car. The upscale interior also matches its high tech feel.

The upcoming 2018 Mazda3 gets great reviews, but the 2017 version also holds its own. Starting at a little over $17,000 (although you’ll pay more for all of the tech options), the Mazda3 is also a beauty to drive.

The biggest complaint seems to be the lack of trunk space (and space in general) in the sedan, but the hatchback provides considerable storage compared to its counterparts. The only new truck you’ll find for under $20,000 is a Nissan—the Nissan Frontier King Cab to be exact. But truck enthusiasts are unimpressed with the cheaper, two-wheel drive model (four-wheel drive reaches over our $20k range). Nissans have always had tough competition from Ford and Chevy.

All-in-all, it’s a pretty decent truck for under $20k. If you’re looking for a simple truck with nothing too fancy, this guy is for you.

But your best bet is to look for trucks (no matter the model) from the past couple of years—they’ll be almost as good as new and not nearly as expensive as the brand-new trucks loaded with special features you probably don’t use anyway. The Honda HR-V is revered for its cargo space, smooth ride, and great gas mileage. You’ll get 25-28 mpg in the city and 31-34 mpg on the highway.

Honda’s rear Magic Seat in the back can be adjusted for many configurations in order to add extra space for cargo or passengers.

As with some other Honda models, the only thing to be desired is a more powerful engine. Other than that, the HR-V rates number one on the U.S. News Report top SUVs. Personally, a Wrangler has always been my dream off-road Jeep, but it’s a little too expensive at over $23k for a basic model. Luckily, you can still get a brand new Jeep for under $20k—the Jeep Patriot Sport starts at just over $18k

There are a few things to consider with the Jeep Patriot, however. Namely, the “bare bones” aspect of the Jeep—the design hasn’t really changed over the years. However, the Jeep still holds its own as an off-road vehicle with great storage space. If you spend most the time on the road, though, you’d be better served with another SUV (consider the Honda HR-V above).

What’s great about the Jeep Patriot is their current financing offer of 0 percent APR financing for 72 months (for those with the credit to qualify). Like Honda, Subarus have made a name for themselves in almost every category. The 2017 Subaru Impreza sedan starts at a little over $18,000, while the hatchback still slides under the $20k mark at $18,895.

As with all Subarus you get a standard symmetrical all-wheel-drive system automatically included.  You’ll also get the STARLINK infotainment technology with a 6.5-inch touchscreen, Bluetooth for hands-free calling and audio streaming.

Also like all Subarus the 2017 Impreza has plenty of storage space, and the interior material has been upgraded. The U.S. News Report says, “the 2017 Volkswagen Golf strikes a great balance between fun and function.” With reviews raving about how well the Volkswagen Golf drives, and the sleek look of the car, this appears to be true.

Compared to other hatchbacks, the Volkswagen Golf exceeds the standards in elegance (but this makes it a little pricier). Where it lacks, however, is in gas mileage. It still had a respectable 22 mpg in the city and 30 mpg on the highway, but compared to the Honda Fit, it’s lacking. We’ve written about the 2017 Kia Soul before, and we still think this car packs a punch. It’s the cheapest car on this list, eco-friendly, comfortable, has lots of storage, and decent gas mileage.

The interior is simple, but still classy, and the rear seat folds down to add an additional 50 cubic feet of space for storage. If you’re worried about tall passengers, don’t fear, there’s plenty of passenger space as well as storage space.

We wanted to provide you with a list of affordable cars that give you a lot of bang for your buck. Use this article as a starting point for your research, and go more in depth with websites like Edmunds, which make it easy to see in-depth reviews for the cars you’re considering.

New cars can sometimes seem too expensive for your budget, but with good credit and a payment plan, we hope that these eight cars under $20,000 will help put you in the driver’s seat of a car you can afford.

Total Articles: 104
Christopher Murray is former Senior Editor at Money Under 30. Chris received a BA in English Literature and Gender Studies from Smith College. He now lives in Maine with his husband where he spends his free time watching reruns of The X-Files and dreaming of traveling in a refurbished VW Bus while writing the next Great American Novel.
Read more from this author