8 Alternatives to Bitcoin - Which Crypto Will Be the Next Bitcoin?

If you're thinking of investing in cryptocurrencies, you're probably already considering Bitcoin. But other coins, like Ethereum, Ripple, Litecoin, Cardano, Binance Coin, Polkadot, Solana, and Avalanche are strong options for diversifying your crypto portfolio.

Bitcoin has practically become synonymous with cryptocurrency, but it’s hardly the only coin option out there. If you’re thinking about investing in crypto (or are already doing it), there are several others worth considering.

Let’s look at eight alternatives to Bitcoin for those seeking out the best cryptocurrencies.

But a note before we dive in: cryptocurrencies are extremely volatile and not recommended over other forms of investments like stocks and bonds. But if you do have the appetite for this kind of high-risk investment, let’s first look at what’s happening in the cryptocurrency space at the moment, before we get into the best cryptocurrencies.

What’s Happening in the World of Cryptocurrency?

As you may have noticed, the prices of cryptocurrency tokens have drastically decreased in recent months — with many investors calling it a crypto crash. Even those coins that are considered the “best” cryptocurrencies have dropped in value.

With recent moves by the U.S Federal Reserve to combat high inflation by raising interest rates, on top of instability across the world, there has been a knock-on effect with plenty of volatility also playing out in the cryptocurrency market.

The collapse of TerraUSD (a stable coin) along with its sister token, Luna, wiped out billions in the cryptocurrency market — about $40 billion, to be exact.

According to various reports, some people lost their life savings on Luna while other investors debated exiting the cryptocurrency space altogether.

So, what does this mean for you if you’re considering investing in cryptocurrency?

Read more: 5 Things You Should Know Before Investing in Crypto

With that warning out of the way, let’s look at some alternatives to Bitcoin.

You’ve probably heard plenty of buzz over the years about “meme coins” and random success stories of ordinary folks becoming millionaires through cryptocurrency investing, just by seeking out Bitcoin alternatives.

If that’s your goal, this article isn’t for you. We’re not going to promise you any get-rich-quick coins. Rather, these are coins that have people talking and that may be worth considering if you’re looking to expand your crypto portfolio beyond Bitcoin.

Read more: How To Invest in Cryptocurrency: A Beginner’s Guide The second most popular form of cryptocurrency, Ethereum is an open-source network managed by users, much like Bitcoin.

However, there are also some significant differences. The network operates through “smart contracts” written in computer code that is uploaded to the blockchain which other cryptocurrencies operate through.

Why Invest in Ethereum (Or Not)?

Ethereum is one of the safer options to invest in, ranked in the top 10 regarding price and stability.

You can also use it at more places than you may think — and within the next few years, the number of places that accept cryptocurrencies is expected to grow. Ethereum has a large existing network, a wide array of functions, and there’s constant innovation.

It may also be the best alternative to Bitcoin, particularly if you want to diversify away from an all-Bitcoin cryptocurrency portfolio. Ethereum is second only to Bitcoin in market capitalization, at $152.1 billion, compared to $325.4 billion for Bitcoin.

Many people like the idea of cryptocurrencies but fear their money isn’t safe in an unregulated, online world. Ripple aims to offer some of that safety.

Ripple is a money transfer and currency exchange network that processes transactions globally. And unlike most other cryptocurrencies, Ripple doesn’t need to be “mined.”

Read more: How To Mine Cryptocurrency: An Interview With a Crypto Miner

Ripple also offers fast settlement and low fees and is being used by large financial institutions (unlike other Bitcoin alternatives).

Why Invest in Ripple (Or Not)?

Ripple has been involved in a lawsuit for over a year with the SEC and the price has dropped significantly. Ripple argues it shouldn’t be treated as a security in order to avoid much stricter regulatory scrutiny. The company plans on exploring an initial public offering when the lawsuit is settled at some point in 2023.

That said, Ripple is still one of the top 10 cryptocurrencies (currently at no. 6 based on market cap). But for investment purposes, Ripple should be thought of as a cryptocurrency equivalent to penny stock — which is exactly where it’s trading.

But if you believe that Ripple will be a successful payment system, then its low price right now could be a key benefit. 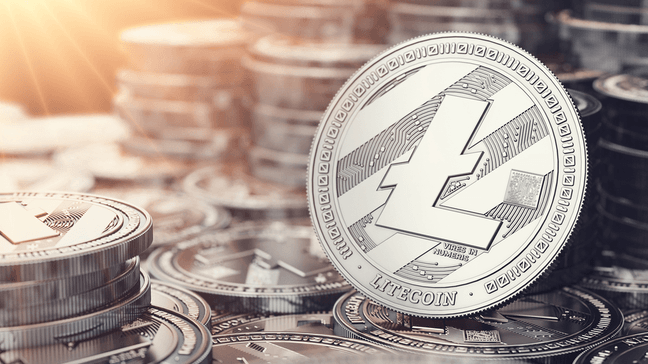 Litecoin is often thought of as a close sibling of Bitcoin. Bitcoin and Litecoin work in the same way, but there are a few key features that make them different:

Why Invest in Litecoin (Or Not)?

Litecoin is nearly identical to Bitcoin, but transactions are faster — which is one of its biggest draws. However, there has been discussion as to whether this speed makes Litecoin less secure.

The potential upside of investing in LTC is that the coin has been around since 2015 and is seen as stable. Cardano is a proof-of-stake blockchain platform. It’s intended to be the next generation of the Ethereum network with a flexible blockchain and scalable platform for running smart contracts.

Cardano was introduced as an “Ethereum killer” and a valuable alternative to Bitcoin.

Charles Hoskinson, one of the co-founders of Ethereum, founded Cardano with the intent of being energy-efficient and supporting fast transactions with minimal transaction fees.

Why Invest in Cardano (Or Not)?

The upside in investing in Cardano is that it’s more energy-efficient and superior when it comes to smart contracts.

Binance Coin is one of the bigger players in the space (top five), with a total market capitalization of $42.1 billion — although it’s primarily used to pay fees on the Binance exchange itself.

Why Invest in Binance Coin (Or Not)?

There are two factors that make Binance Coin worth considering. The first is its market capitalization. At over $42 billion and growing, it’s one of the bigger cryptocurrencies available. That’s also an indication it’s gaining acceptance in the marketplace, especially when you consider that it has been around since 2017.

The second factor is that this is a medium of exchange on the largest cryptocurrency exchange (Binance). You can use your Binance Coin to invest in the Binance Smart Chain network through Metamask if you want to get into the decentralized space.

Polkadot is a protocol that connects different blockchains with each other (like Ethereum and Bitcoin, for example) with the goal of weaving blockchains together. Polkadot is often referred to as a multi-chain network because it can join networks together (unlike Bitcoin).

However, Polkadot is similar to Bitcoin in the sense that it functions as both a token (DOT) and a decentralized exchange.

Polkadot wants to create an even playing field to improve innovation through the different blockchain networks. Polkadot operates by using two blockchains — a main “relay” network for permanent transactions and “para chains” for user-created blockchains.

Why Invest in Polkadot (Or Not)?

Polkadot aims to offer scalability improvements (the number of transactions per second a network can handle) and governance for protocol upgrades or changes.

What makes Polkadot a good investment is that it’s different in the sense that the network can interact with other blockchains. 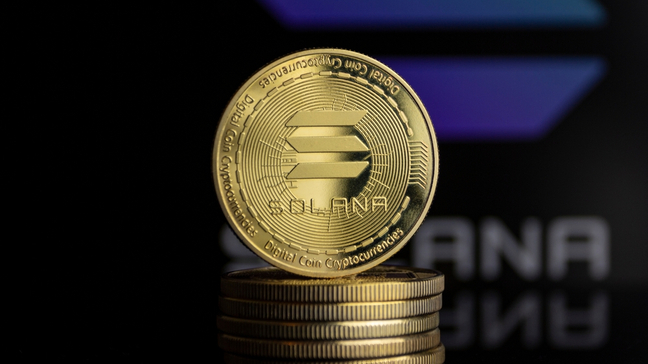 Solana is a public and open-source blockchain. Solana is both a form of cryptocurrency and a flexible platform for running decentralized applications. The cryptocurrency SOL is used for staking and paying transaction fees on the Solana network. Solana is focused on making cryptocurrency quicker and more scalable.

Solana is a solution for those seeking low-cost and high-speed alternatives to Bitcoin.

Why Invest in Solana (Or Not)?

Popular NFT projects are being built on the Solana blockchain. If you’re someone who believes in NFTs, then you’re going to want to look into the Solana network.

Read more: The Complete Guide To Buying Your First NFT

Solana’s transaction speed and low costs also make it an attractive option for those looking for a Bitcoin alternative.

The Avalanche blockchain uses its own coin, AVAX, to cover transactions on the network.

Why Invest in Avalanche (Or Not)?

Avalanche is worth investing in if you’re looking for something new and different. The token hasn’t been around as long as some of the other forms of cryptocurrency, so it’s not as established yet, but it’s one of the fastest-growing projects.

While Bitcoin may have once been king, there are now plenty of other cryptocurrencies on the market if you want to start investing in the space. Just remember that any coin, no matter how much buzz it’s getting, is susceptible to market fluctuations — both good and bad. Total Articles: 8
Martin Dasko has been helping Millennials make sense of their finances without missing out on life since 2008. He started his financial writing career as a business major at Ryerson when he realized that there was so much school didn't teach us about managing money. Once Martin earned his Bachelor of Commerce degree, he focused on helping young people manage their finances by creating content about paying off debt, investing for the future, and making more money. Martin has been featured in the New York Times, The Toronto Star, and has been quoted by many other major publications on financial topics. Martin covers topics ranging from investing in real estate to trying to build your credit score without letting life pass you by. He has self-published numerous books on Amazon and has been writing for highly-ranked personal finance websites for over a decade.
Read more from this author