Ethical Banking: What You Should Know About Socially Responsible Banks

Ethical banks aim to differentiate themselves from their competitors by emphasizing their social and environmental commitments, their investments in local communities, and their consumer-friendly policies.

Whether you’re interested in socially responsible banking for ethical reasons or are looking for more consumer-friendly alternatives to big banks, you may have considered switching to an “ethical bank.”

These banks aim to differentiate themselves from their competitors by emphasizing their social and environmental commitments, their investments in local communities, and their consumer-friendly policies.

What is an ethical bank? 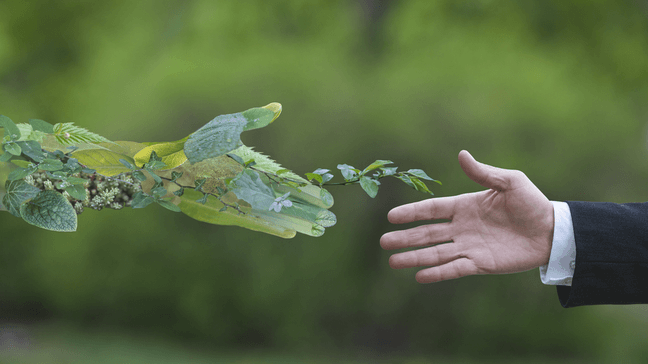 Ethical banking means different things to different people, so there’s no one specific kind of ethical bank. Instead, there are a variety of options to choose from, depending on what aspects of an ethical bank you value most.

If you’re looking for a B-corp certified financial institution, neo-bank, Aspiration is worth your consideration. According to Aspiration, every $1,000 you transfer to an Aspiration account has the climate impact of 6,000 fewer miles driven by car.

Aspiration’s basic cash management account comes with a pay-what-is-fair model, which allows account holders to, as the name suggests, pay what they think is fair, even if that’s $0. Aspiration then donates ten cents of every dollar to charities with the amount that you do decide to pay. Cardholders can earn 3%-5% cash back on purchases with certain ethical retailers, and deposits are never used to fund fossil fuel exploration or production. There’s no minimum balance requirement and no monthly maintenance or overdraft fees.

Global alliance for banking on values

The Global Alliance for Banking on Values is a network of banks devoted to economic, social, and environmental development. The organization includes 66 financial institutions and 16 strategic partners in countries all around the globe. The principles that govern members of the GABV include sustainability, transparency, inclusivity, and emphasis on serving local communities and forming long-term relationships with clients.

Like B-corp certified banks, banks that participate in the Global Alliance on Banking Values are a step in the right direction, but in most cases attempt to improve upon an existing system rather than addressing structural causes. GABV member banks include:

CDFIs invest in local communities and help to fund things like non-profits, small businesses, and affordable housing. Some examples of CDFIs include:

A credit union is a type of financial institution that is similar to a bank but with a few important differences. Like a bank, credit unions allow consumers to open accounts, deposit funds, and apply for loans and other financial services. Unlike traditional banks, credit unions are member-owned and not-for-profit.

Many big banks charge customers pricey fees for everything from overdrafting their account to performing monthly maintenance. On the other hand, some smaller banks make a commitment to charging their customers fewer fees. While these banks still charge fees for certain services, the fees are often lower than those of large, national banks. Some examples of low or no-fee banks include:

Chime Disclosure - Chime is a financial technology company, not a bank. Banking services and debit card provided by The Bancorp Bank or Stride Bank, N.A.; Members FDIC.
1Chime cannot guarantee when files are sent by the IRS and funds can be made available.
^Early access to direct deposit funds depends on payer 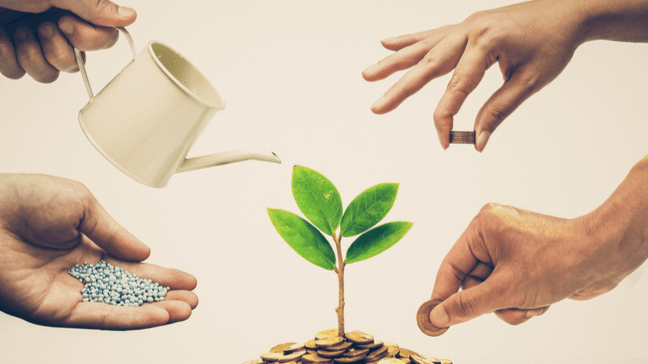 Ethical banks can be an attractive place to stash short-term savings, but what about long-term investments? In recent years, the proliferation of “socially responsible” investment funds allows consumers to place their savings in funds that steer clear of some common harmful investments. These “ethical funds” typically refrain from investing in industries like fossil fuels, tobacco, and firearms.

Betterment, for example, features socially responsible investment options that allow consumers to align their investments with their values. Investors can choose between a broad impact investment portfolio that invests in ETFs that meet Environmental, Social, and Governance (ESG) requirements, a climate impact portfolio, and a social impact portfolio.

There’s a low annual fee of 0.25%, which works out to about $25 per $10,000 you invest. Betterment also comes with plenty of money management tools to help you take control of your finances.

Pros and cons of ethical investing

While socially responsible investing may sound like a good idea, the reality is that this form of investing isn’t necessarily the most impactful way you can use your money to instigate change. Much of the data that investment funds use to decide whether or not a given company is behaving ethically is self-reported and unreliable, and the “green investment” moniker is largely unregulated and difficult to prove or disprove.

The asset managers that offer socially responsible investing as one financial product also tend to have significant investments in areas that the “ethical” funds purport to avoid. For instance, according to the Guardian, asset managers BlackRock, State Street, and Vanguard oversee a combined $300 billion in fossil fuel investments. These institutions also frequently oppose climate-related motions, making it more difficult for the system as a whole to move away from harmful investments.

No good banks in a broken system?

It’s understandable to want to move your money away from institutions that have a demonstrably negative impact on consumers, communities, and the environment. But is ethical banking the right solution to problems with the current financial system?

Between banks that are “too big to fail,” the deregulation of the financial sector, unscrupulous banking business practices, and more, even banks that are deemed “ethical” often still take part in a broken system that is harmful to ordinary Americans.

Ethical banks often also privately oppose policies that would benefit consumers when it could hurt their bottom line. While many ethical banks attempt to balance the concerns of shareholders, profit, and consumers, the reality is that these concerns are not always directly aligned with one another, and are in some cases diametrically opposed.

The future of ethical banking While many current “ethical” banking solutions still fall short, there are a few potential solutions to some problems with the current system. Proposals like public banking and postal banking could be components of the future of ethical banking.

While there is currently only one public bank in operation in the United States, Representatives Rashida Tlaib and Alexandria Ocasio-Cortez have introduced legislation that could make them more common. Public banks would operate as nonprofits and would expand banking access to Americans who are currently unbanked. They would also be more consumer-friendly, with no monthly maintenance fees or minimum deposits. Public banks would also be free to charge lower interest rates, fund public infrastructure, and invest in local communities.

Similar to public banking, postal banking would allow the postal system to provide some limited banking services, including check cashing, bill payment, checking and savings accounts, and small loans. Postal banking could expand banking access to Americans in rural areas and provide public banking services to consumers who would prefer an alternative to private banks.

In a world in which our ethical decisions are ever more complicated, socially responsible banking is a proposed ethical solution to at least one aspect of modern life. While ethical banks do solve some of the problems of traditional banks, they’re far from perfect.

Greater regulation of the financial industry, along with policies that would directly benefit social and environmental causes, is ultimately a better solution than ethical banks. That said, you do need somewhere to stash your money in the meantime—and ethical banks aren’t a bad place to do so. Total Articles: 36
Margaret Wack is a writer based in Honolulu, Hawaii. Her writing on personal finance has appeared in venues including The Simple Dollar and Interest.com. She has degrees from Smith College and St. John's College, and enjoys good tea, dead languages, and bad weather.
Read more from this author