5 factors to look for when investing in an NFT project

NFTs are the market’s new darling, but there are thousands of them to choose from. Make sure the project you're interested in has a reputable team behind it, and that it's actually getting traction within the community before you invest.

NFTs or non-fungible tokens have been around for a few years now (approximately eight, to be exact). However, it wasn’t until last year that these digital assets experienced a boom in both sales and popularity, captivating everyone’s attention.

But with thousands of NFT projects to choose from, finding one that’s worth your while can be like looking for a needle in a haystack — especially if you’re a noob (like me).

Lucky for us, I got some answers that can make this scavenger hunt a little easier.

I interviewed NFT investor, collector, advisor, and founder, Ish Verduzco, to come up with a list of all the qualities an NFT project must have, for it to be portfolio-worthy.

Here’s what he told me.

The 5 indicators of a good (and possibly profitable) NFT project

According to the blockchain analytics firm Chainalysis, last year, people around the world spent over $40 billion on NFTs — and the craze isn’t going away anytime soon.

What started as a medium to support artists, has now transcended into music, and, most recently, real estate.

But getting started on NFTs can be overwhelming, especially because thousands of new projects are listed every day on popular marketplaces, like OpenSea and Solanart. And, let’s face it, a lot of them look pretty cool, too.

But looks alone aren’t enough to determine a project’s worth — unless you’re only interested in collecting the art, and not so much about the money-making potential, of course.

So, what should you be looking for when searching for an NFT project to invest in?

NFT-expert, Ish Verduzco, says that for an NFT project to be worthwhile, it must have these five elements.

The first thing that Verduzco does before investing in any NFT project is to research who’s behind the scenes.

Because those are the people that will be responsible for carrying out the project’s vision, plus making sure that it evolves, increasing its reach and long-term value.

Verduzco says that for an NFT project’s team to be solid, it must have these three traits:

Founders that can be identified

“It’s super important that the founders are out there for the world to see. I don’t think people necessarily need to be doxxed if they are founders, but I do think that people need to have a presence.”

In case you’re wondering what “doxxed” means, the term stands for someone whose real identity is out in the open for everyone to see. This includes their real name, picture, and where they live.

A good example of a founder that’s doxxed is Pablo Stanley, the artist, and designer behind Robotos, which is one of Verduzco’s favorite NFTs.

If you go to Roboto’s page, you’ll immediately find information about Stanley, including links to his social media accounts, where you’ll be able to learn all about the artist and what he’s been up to.

But even if the founders of an NFT project aren’t doxxed, that doesn’t mean that they’re a scam, like Verduzco points out. Some founders just choose to keep their identity private by using an avatar, instead of a real picture, and an alias, instead of their real name.

Still, the same principle applies whether the founders are doxxed or not:

The NFT project must link to some sort of website or social media account where you can see the founders’ background and work. Verduzsco says:

“If you go to the website for the NFT and it has pictures of like monkeys, or llamas, or whatever, as the team project leaders, but if it doesn’t click to somebody’s LinkedIn or Twitter account, or have any other history on who they are, that’s a red flag.”

Another thing that Verduzco looks for is a team that engages with its community.

This could be by hosting Twitter Spaces to keep investors in the loop, responding to questions and messages across different platforms, and explaining thoroughly what the project’s long-term goals are.

But if you see someone that mainly promotes giveaways, doesn’t post useful content, and never really engages with their community other than to say “buy this because we have ‘x number’ of followers,” it’s best to steer clear from them.

Excellent track record when it comes to delivering results

Any good NFT project should have a roadmap attached to it, which is a timeline that outlines the project’s goals, and strategies to create value.

This timeline should be one of the first things that pop up when you visit the NFT’s website.

“Verify if a team has committed, and executed on what they promised before they launched,” Verduzco says.

“Go to their website, and if they said that they’re going to launch something in Q1, and it’s already Q2, and they haven’t done it — or made any announcements, that’s a good indication that you shouldn’t invest in it.”

In other words, you should only invest in projects whose teams have delivered consistently over time, and stay away from those that don’t.

After vetting the founders, Verduzco says that the next step is to look at the project’s traction.

Verduzco defines traction as the project’s reach or popularity within the NFT space.

When evaluating a project’s traction you need to ask yourself the following:

Although this step will require some elbow grease on your end, it is crucial to determine whether a project will hold, or increase its value over time. That’s why Verduzco recommends not skipping through it — even if it’s time-consuming.

You may feel tempted to invest in an NFT when it’s in its minting phase, especially if you’re on a budget and want to invest before prices go up. But you may want to wait a little bit before you do.

Verduzco says that it only takes a few weeks for projects to die. That’s why he advises that you keep tabs on it, and only invest if the project is still standing after four weeks or more, from the date it was launched.

“You need to look for a project that has lasted a couple of weeks, and that has gone up and down, and sustained its value over time. It’s like a startup, right? You don’t want to invest in the first four months because it’s too early, and you don’t know if they’re going to die. You want to see some momentum, traction, and willpower from the team to persevere.”

4. A strong community that you can support

A huge part of any NFT project is the community around it.

In the NFT space, “community” refers to not only investors but also people that support the project and engage with it in any way, shape, or form.

If you’re curious as to why this is so important, the reason is that any NFT’s value is based on speculation, so the more support it has the more potential it has to become profitable long-term.

Besides that, there have been instances in which the project founders have dropped the ball and the community has rallied around the NFT to keep it alive, and even increase its value, so that’s something to consider.

So, what does a strong NFT community look like?

While Verduzco recognizes that this factor is “pretty subjective,” as it will depend on what you feel comfortable with, he says that a strong community is active across different social media platforms, plus inclusive.

One example of a project that has a good community, according to Verduzco, is DeadFellaz.

“DeadFellaz is one of my favorite ones. It is led by a couple: a woman called Betty and her husband, Psych.”

“She was very intentional with the artwork. She made it so that the artwork is inclusive, the team is welcoming, and when you step into their Discord, you can feel the values that the community embodies,” he adds. 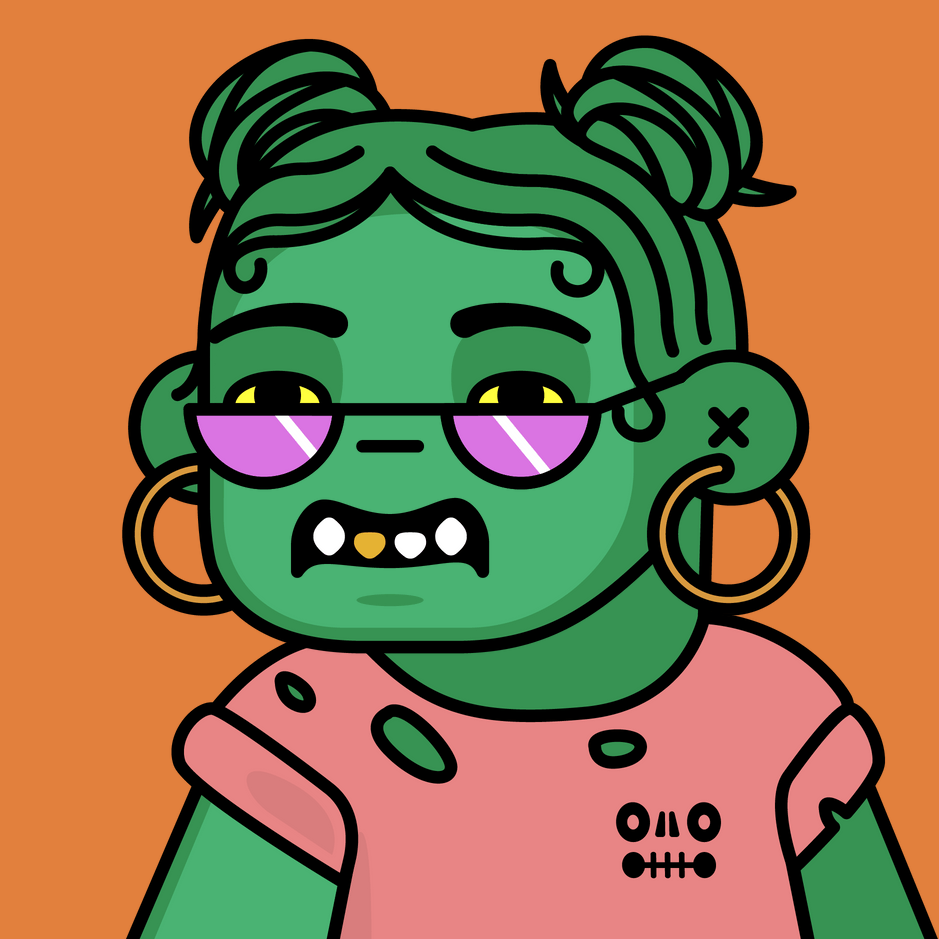 And, there’s no shortcut to this step either. To vet a community, you’ll have to do a deep dive and interact with the NFT supporters on Discord and Twitter to see if you connect with this particular group, and the vision they have for the project. Verduzco says:

“If you’re in the Discord, and you’re looking at the responses, and looking at what people are talking about, and it gives you a bad gut check, then it’s probably something that you don’t want to invest in. And if you get this feeling, ask a few questions to try and learn more about the team + community of holders. “

Lastly, you need to research the NFT’s performance over time.

“This is probably the toughest one because there are bear markets in NFTs,” Verduzco says.

“But with the strongest projects, you’ll usually see that they’re consistent over time. So, even in a bear market, there will be a couple of sales because people see it as an opportunity to get in at a lower price.”

In other words, you need to look for projects that have sustained their value even when the NFT market is down.

You can check this by looking up the project stats on an NFT marketplace, like OpenSea, but Verduzco says that these charts can often be hard to read, particularly if you’re new to the NFT game.

That’s why he recommends looking up the statistics on dune.xyz, which is more comprehensive.

There, you should look at the NFT’s floor price, which is the lowest price you can buy or sell this particular digital asset for, as well as the average price, highest sale, and total volume.

If all of these metrics have performed well over time — even leading to asset appreciation within that particular NFT collection, then that’s a good indicator.

Read more: The Complete Guide To Buying Your First NFT

Now that we’ve gone over all the things you need to look for in an NFT project for it to be portfolio-worthy, it’s time to talk about why it’s so important to follow this checklist down to a T.

Over the last few months, there’s been an uptick in rug pulls (aka scams) within the NFT space. A simple search on Reddit will suffice, to see countless threads of investors warning others to not invest in a particular NFT project because it’s a scam.

Here’s a quick example, from Reddit user Marcellusk, who recently lost thousands of dollars, as part of this year’s $1.3M Frosties NFT scam:

And, no one is exempt. Even Verduzco himself recalls getting rugged back when he started.

But rug pulls are not the only reason why you need to vet these projects. If a project doesn’t have committed founders or a supportive community, it could easily go under, and if this happens, your investment could lose its entire value.

That’s why it’s so important to carefully evaluate each individual NFT before investing in it, to ensure you’re investing in something legit, and not a flaky project that will disappear, along with your money.

Just because an NFT project looks good, that doesn’t mean it’s valuable. Before you invest, make sure that you evaluate the project thoroughly using the checklist above.

This will not only spare you future financial headaches but will also ensure you’re putting your money into something that’s gonna hold — and even increase — its value over time.